EuroMoney 2018 FX survey results released this week show JPMorgan are for the first time #1 in FX, but the real story is the absolutely astonishing performance from XTX Markets, now ranked #3 in global FX.

XTX Markets are the definitive ‘non-bank market maker’ (NBMM), using sophisticated  models and the latest technology to finely calibrate and distribute pricing, enabling them to more effectively manage liquidity to multiple electronic platforms, trading venues and directly to banks, acting as liquidity providers to ‘the liquidity providers’. The picture below is the entrance to the new XTX Markets London offices, a far cry from an investment bank! 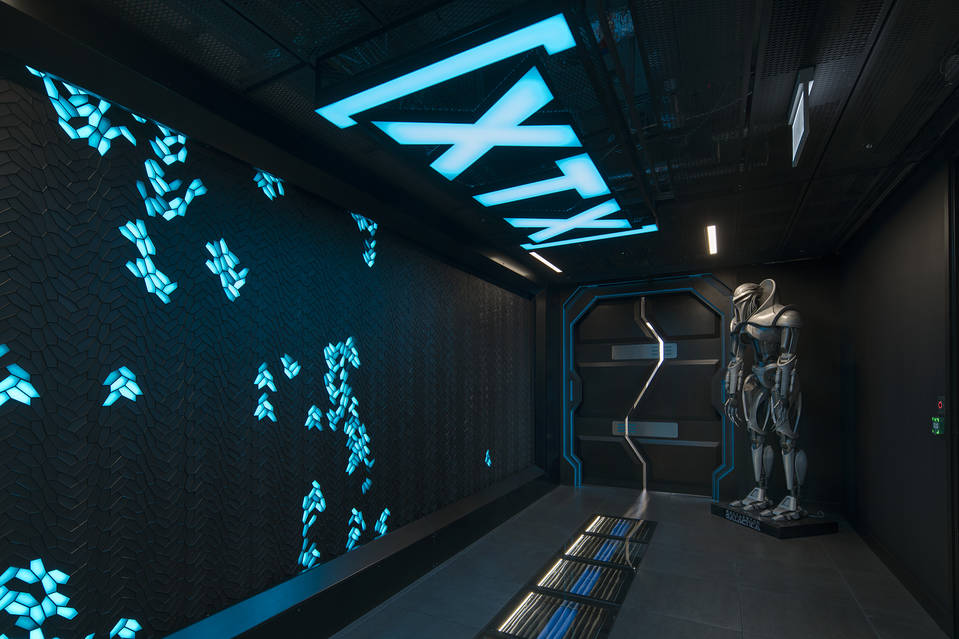 As banks continue to be challenged by higher regulatory capital requirements, lower risk appetites and reduced leverage ratios, firms such as XTX and other NBMM including Jump Trading, Citadel and Virtu Financial have been increasingly stepping in to fill the gap.

XTX is co-run by Zar Amrolia, who was until 2015 the Global Head of FICC at Deutsche bank. Which under his watch developed the Autobahn FX platform which powered Deutsche Bank to #1 in FX from 2005-2013, with peak market share of 21% in 2008, as shown in the chart below, whereas now they are #8 with share of 5.4%

I met Zar back in 2015 when he just joined XTX, and he told me then that his mission to make the firm a #3 FX liquidity provider….he took his time!

Here is a summary of the top 20 FX bank by market share. 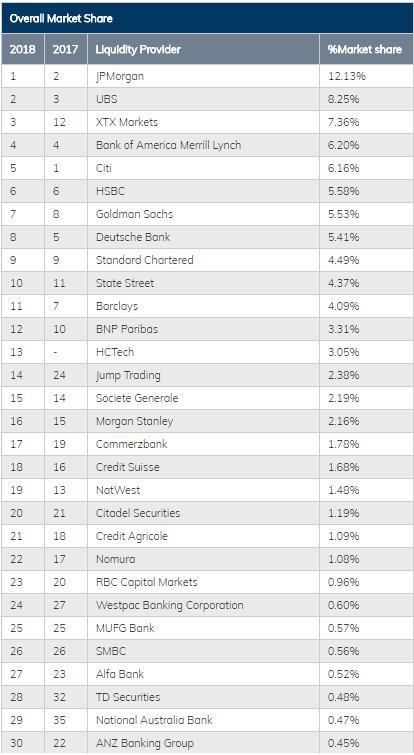 A career working in financial markets. Early career as an FX Trader, before moving on to e-Trading platforms and Fin-Tech solution providers. This blog looks at how evolving regulatory landscape impacts market participants across the capital markets, e-trading platforms/venues.
View all posts by Paul Blank →
This entry was posted in FX Survey, liquidity, regulation. Bookmark the permalink.

This site uses Akismet to reduce spam. Learn how your comment data is processed.